They are used to limit the current passing through various points. The resistance opposing the passage of the current is measured in ohms.

 Nominal value: its value in ohms and is marked on the body of the resistor.
 Tolerance: plus or minus percentage on the nominal value.
 Temperature coefficient: resistance varies with temperature. This variation can be calculated depending on the temperature coefficient.
 Power: power that can dissipate the resistor under ambient conditions of 20 to 25C. The greater the more power will be the size of the resistor.
 Nominal voltage limit: is the maximum voltage that can withstand, in extreme, resistor.

There are three types of resistors: fixed, variable and dependent.

The values ​​of these series are standardized and generally how to indicate on the body is through a color code in wire wound resistors the value is written directly. 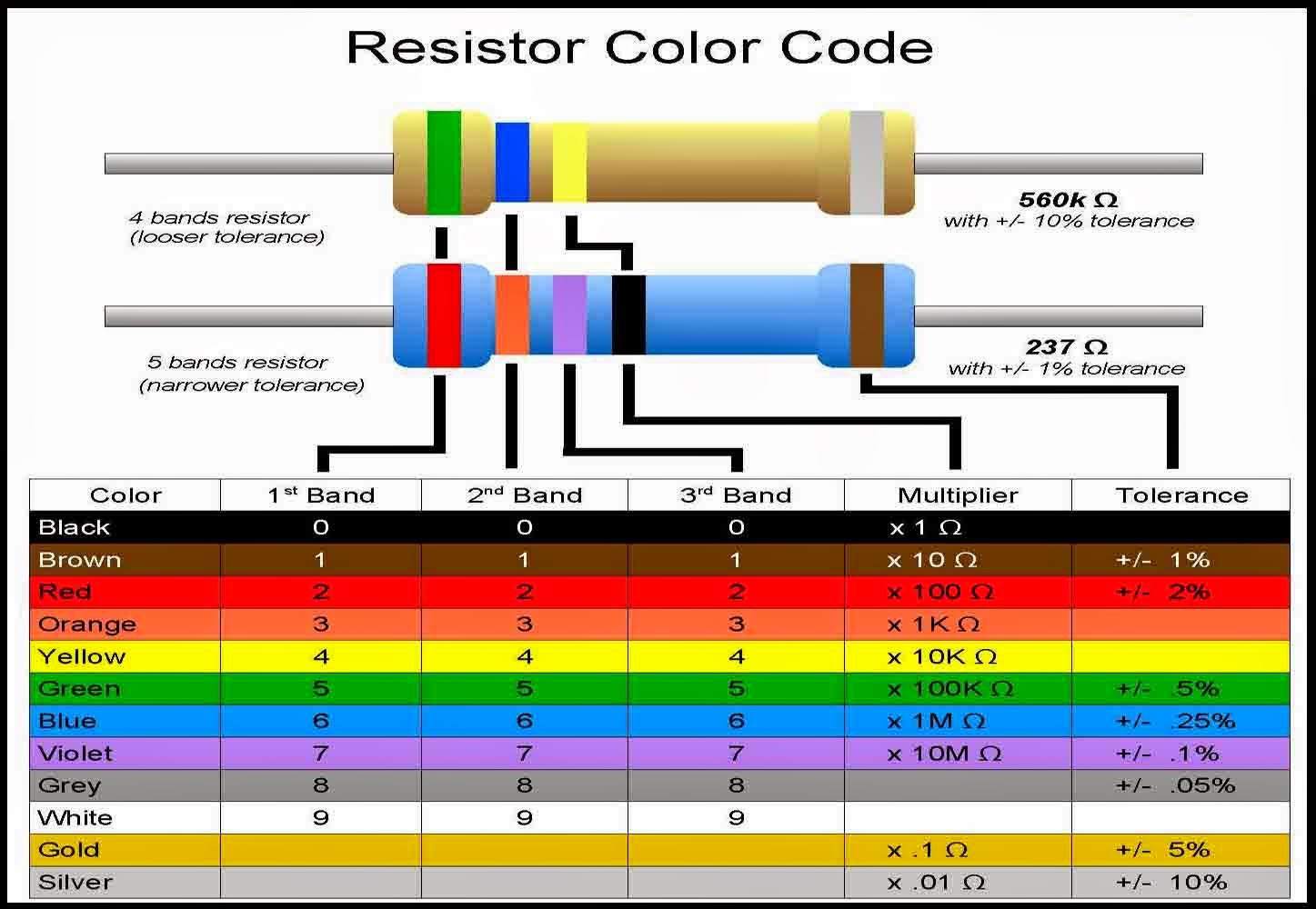 The interpretation of color coding for resistance image (brown, black, red and yellow) is:

1- resistance put in the right way, with tolerance on the right side.

According to constructively they can be wound, for great powers, or carbon track.
Vary when using a tool called adjustable, whereas when they have a stem to vary them are called potentiometers.

The capacitors are formed by two conductive armatures, separated by an electrically conductive (dielectric) that names the wrong type of capacitor material.

Electrolytic have polarity and must be respected, otherwise the capacitor can explode.

The symbols used to represent the capacitors are: